The Starecta method exists in reality since many years, we did receive recognitions from many dentists, scientists and chiropractors all over the world. However, we never had the chance to introduce this method in front of a community of scientists.

Anyway, now we have done that. We have been invited at the 29th world congress of the American dentists that was held at New York on 22 and 23 March 2018 and we have showed the power of Starecta in front of everyone. All this has been possible also thanks to the ingenuity of a dentist from Georgia that understood the extraordinary potential offered by Starecta: Tamari Matsaberidze. It has been her that has decided to promote Starecta among all the dentists of the world.

The conference was held at New York, this was the first time for me to visit that city and dr. Tamari Matsaberidze (a dentist from Georgia) hosted me in her residence with her family. She has been very kind and I want to thank her for that, once again she has shown me how much the people of Georgia are welcoming and kind. I shall also thank her for having shown me New York, that I had never seen before.

The conference was held at the Hilton, close to the John Fitzgerald Kennedy airport. Two more conferences were held simultaneously (one of nurses and one of paediatricians). We went there with a team of 5 people. There was myself, dr. Matsaberidze and a pool of supporters that would have shot photos and videos to share later on.

Ever since the very first day the hall was packed of luminaries and scientists from all over the world: South America, Pakistan, Philippines, USA, France, Germany, India…. Among the many nationalities represented I was surprised to notice how many dentists from Iran did attend. A great majority of the speakers were coming from Iran, which prompted me to become interested to the condition of research in that country. Despite the biases from the western countries Iran is a very scientific country which is very much interested in technological progress in the world of dentists. This dimension impressed me positively.

Later I met an Indian dentist that explained me her new method to create dental fillings. Frankly I understood 40% of what she was talking about not being an expert in that sector, however I was fascinated by the way she was talking to me. Everybody was interested in progress and scientific advancement in all the aspects of the dentistry sector. This was quite a different environment from the one I knew in Italy in the provincial dental offices, where the ultimate obscurantism is reigning. In that conference I was surrounded by scientists that were looking to discover new things. I was very excited.

The interventions lasted 30 minutes each and then some questions were asked. All the interventions were interesting, and even if I am not a dentist I listened with pleasure to all the news that were coming out in the dental world.

I found out that new methods for cementing teeth have been invented as well as other systems to make the dentist work safer when he/she is under stress. In a few words the world is moving and even dentists are contributing to the progress of mankind.

Unfortunately, I didn’t hear any intervention on the connection between teeth and posture and that I regretted a lot. I am saddened by the fact that so many dentists haven’t yet understood how much filling matters for human posture. Fortunately, we were there just to introduce such topic.

After dozens of interventions finally our time came, the conference speaker would have been dentist Tamari Matsaberidze who would have explained how the Starecta method works in her intervention called “Conception of human body biomechanical balance, metacognitive diversity, interdisciplinary approach”.

I was sitting close to her in order to answer the questions that would have been asked at the end of her intervention. Her intervention lasted about 25 minutes and dr. Matsaberidze presented some basic concepts of the Starecta approach like the leverage effect, the role of pits and the importance of protrusive.

Very interesting has been the fact that among the dentists there were many that were interested to the ultimate orthodontic work, which concludes the Starecta method.

At the end of the speech, I sensed an unusual interest in ourselves. A number of dentists stood up to ask some questions. They asked some questions concerning the Starecta method like: “How long shall the Rectifier be worn?”, “How long is the treatment?”

At one moment some dentists from the Philippines asked us openly to sell the Rectifier in the Philippines. Sincerely I didn’t expect such an enthusiastic reaction, so talking about prices, commercial relationships and stuff like that on stage at a conference did embarrass me a bit.

I would have preferred to just talk of science, of discoveries and principles. At the end however I realized that it was just me to be embarrassed, the rest of the people in that hall was genuinely interested in Starecta and wanted to know the cost of the treatment and of the materials. I was able to distribute the Rectifier Plug and Play in the whole hall, we were the only ones that were giving away a physical object in the hall and this generated great attention towards ourselves.

The remaining part of my trip was spent between pleasure and work. I met a chiropractor from Korea that was very interested into the Starecta method and we did activate a Rectifier plug and play to a girl from the Georgian community in New York.

Otherwise I have been around New York visiting the city. I liked very much Brighton Beach at Brooklyn, Fifth avenue and Central Park. Unfortunately, I didn’t have much time available and I haven’t been able to get a look at everything. New York is a real large town, full of points of interest. 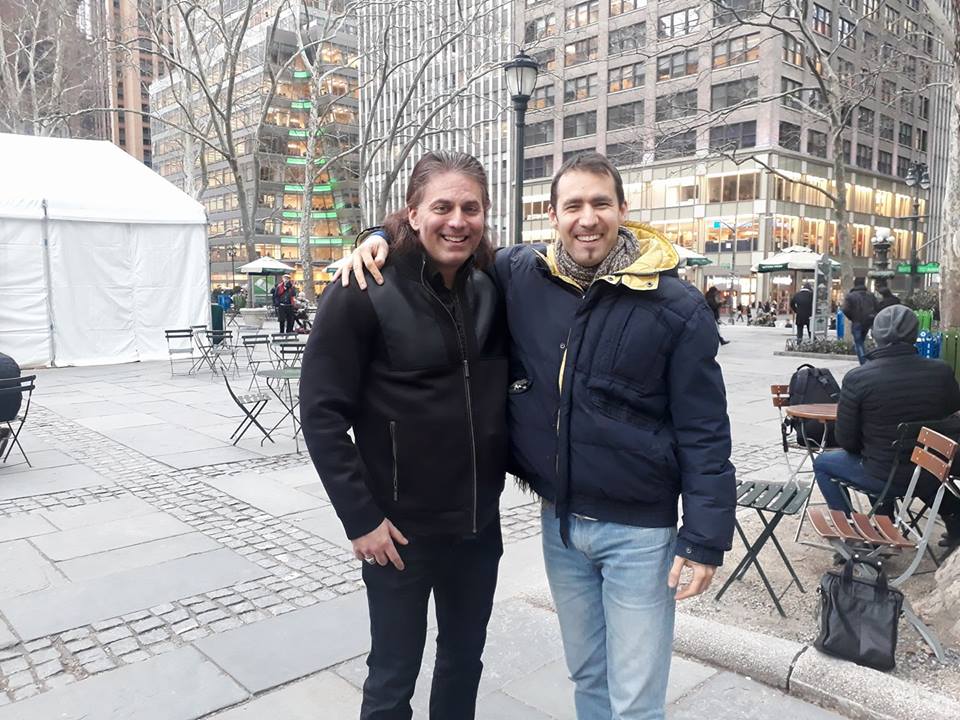 During my trip I have also had the chance to meet Plato Powers, the first American citizen that in 2013 has adopted the Starecta method. I never had the chance to meet him live and I have been very happy to see him for the first time. Plato has helped many body balancers over the years and I am grateful for that. We have also developed with him an idea to speed up the Starecta method and improve its outcome in a shorter time. These days we are talking about that with him and Moreno Conte. We will soon unveil this to the whole community.

I cannot wait to go back to New York and meet again all the new friends I got there.

P.S. After the conference, The International Journal of Oral Health and Dental Management asked us to write a scientific article about Starecta. You can find our scientific article published  here: Conception of Human Body Biomechanical Balance, Metacognitive Diversity, Interdisciplinary Approach