Report dedicated to those who want to increase their levels of testosterone naturally and without side effects.

How many pills and solutions created to increase performances in the gym or in bed can you find out there? In fact many of them are just meant to increase testosterone levels. This is the hormone intended to develop libido and muscles.

Indeed, if you have low levels of testosterone you can say goodbye to a happy sex life and to high performances in sports.

It must be said that this hormone is important mainly in men because it is responsible for the development of sexual organs (testicle and genital apparatus differentiation) and of secondary sexual characteristics, such as beard, hair distribution, voice tone and musculature.

So men owe their athleticism to high testosterone levels. Simply compare men and women. The former produce on average between 2.5 – 11 mg of testosterone per day while female organisms generally do not exceed 0.25 mg share.

These differences can at least partially explain the higher athleticism in men.

Same applies to sexual desire. Men have a much more developed sexual desire compared to women due to high testosterone levels.

Therefore we can call it the male hormone par excellence. It is what defines men and differentiates them from women. This principle applies to all vertebrates (except fishes), not only in humans.

So far so clear!

But why some men have low testosterone levels?

Having understood the issue, let’s see what happens when testosterone levels fall in a man.

In fact the problem is: why some men fail to produce a sufficient musculature despite spending hours in the gym? Why do they have libido problems even if they date the sexiest women in the world?

How is this possible? A little while ago we said that man is the epitome of athleticism and sexual libido. What’s happening to some men?

It’s very simple, those men having sexual libido problems and difficulties in producing good muscles, have a low production of this important hormone.

Yet the question remains unanswered, for what evil reason the male body does not produce adequate levels of testosterone in some cases? Let’s try to understand it without giving a too boring lecture.

Testosterone is a hormone produced primarily by the Leydig cells located in the testicles.

So the testicles are responsible for the production of testosterone!

But there is a problem; the testicles need an input to produce this hormone. This input is given by the luteinizing hormone (LH), which, in fact, stimulates the production of testosterone operated by the interstitial cells of the testicles.

But where does the luteinizing hormone (LH), which stimulates the production of testosterone, come from?

It is produced by a small gland, about the size of a bean located at the base of the skull (pituitary gland). This gland also produces the FSH hormone (follicle stimulating hormone) which leads to the formation and maturation of sperm.

Direct relationship: the skull is ditching and testosterone drops

Doctors tell us that there are several causes that may lead to the decline of testosterone production. One of these is precisely the failure of the pituitary gland.

But why this gland stops working at some point?

To understand this we need to take a step back.

Since a while, with Starecta we have introduced the concept of skull mandibular unbalance that leads to a series of symptoms and dysmorphoses such as scoliosis, lordosis or kyphosis.

Now a question arises: what’s the connection between these dysmorphoses and the subject of this report? We discovered, by accident, that this unbalance directly affects the functioning of the pituitary gland.

In fact, as we know, people who do not have adequate dental extrusion may suffer the inconvenience of a dropping skull. This is what we call “skull mandibular unbalance” that leads to an unbalance body. 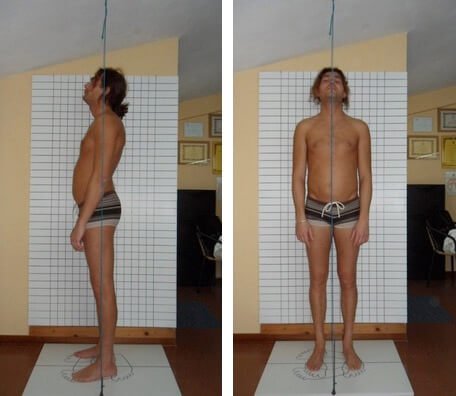 When the skull begins to fall, it operates a pressing action which involves as well the pituitary gland. This gland, for its enormous bad luck, is located right at the base of the skull. So this pressing prevents it from working properly and consequently from producing LH and FSH hormones. When these hormones production is interrupted, they can no longer induce the production of testosterone in the testicles.

That’s the end of testosterone!

This demonstrates how a biomechanical problem can directly affects a biochemical aspect.

With the Rectifier, testosterone production is back to normal levels

We discovered it by chance, observing some of Simone’s blood tests before and after using the Starecta method. As you can see before starting the method Simone had very low values of LH and FSH (0.2 and 0, respectively) and at the same time he had a falling skull.

The skull falling down in the X-ray in fact corresponds with the low values of LH and FSH before starting Starecta.

With the Starecta method, Simone has finally lifted the skull, through the Rectifier, and his levels of LH and FSH are back to normal values (9.7 and 6.5 respectively). 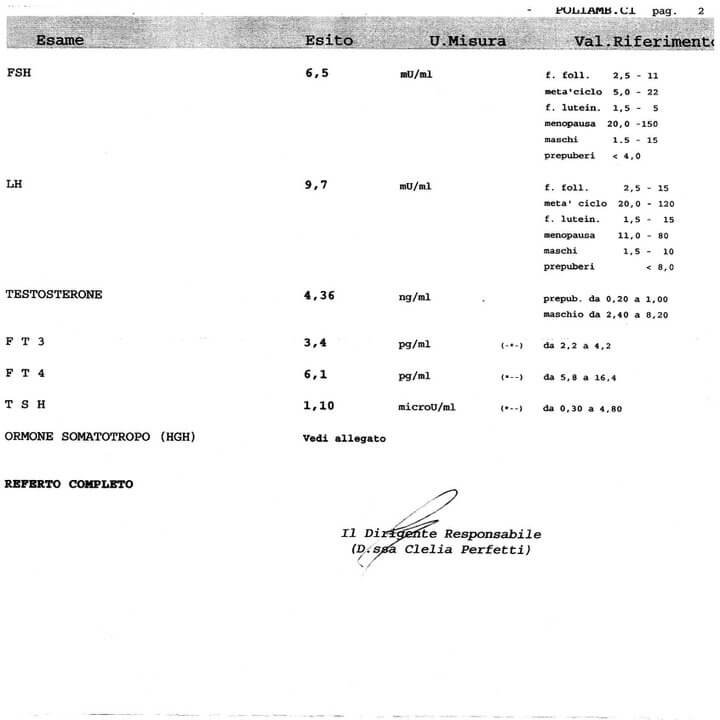