In this report, it is explained how a postural mouthguard can improve the posture of the body, but it must be clarified what type of Mouthguard you have to choose before the purchase.

First of all, clarity must be made with regard to all types of mouthguards and dental bites that you can find on the web, in the gyms and in dentists’ studios. You will find very, very many forms and uses:

1. The classic mouthguard that is only serving to protect your teeth, lips and gums during contact sports or extreme sports, such as: boxing, American football, pugilism, hockey and so on.

This kind of dental split has no postural function if not that of protect the dentition from impacts and scuffs.

They are usually made out of rubber, they are soft and they completely wrap the dental arch. We saw Rocky putting this kind of bite so many times, in his films. This bite is not able to improve the posture of the body. 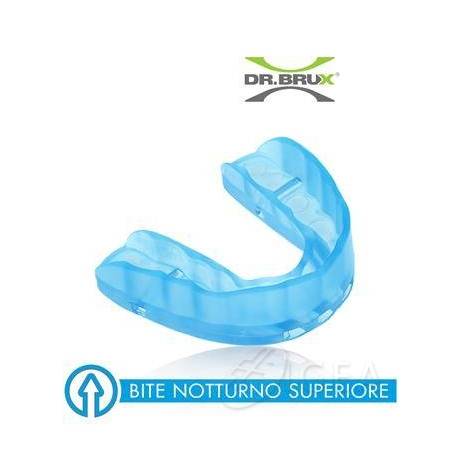 2. Bite for Bruxism, an example is the classic Doctor Brux. These bites are used by people who suffer from grinding, namely when the teeth rub among each other, especially during the sleep.

Grinding can cause damages to the teeth and the causes are attributed to stress. (For us of Starecta, however, the causes of grinding are attributed to a wrong cranio-mandibular ratio that affects all body posture). This bite is not able to improve the posture of the body.

These bites have been studied and designed by the gnathology, that is the branch of medicine that studies and intervenes on dental occlusion. Here we can find the first steps to the possible relationship between occlusion and posture. Bite Gelb, junction plate, Jankelson Ortodontic etc…

Slowly, the doctors who embrace this philosophy have tried to use these bites also to improve postural problems of the back. This bite is not able to improve the posture of the body.

4. Postural Mouthguard and mouthguard for sportsmen. In recent years there has been an exploit of bite with postural function or for the improvement of balance in sport. 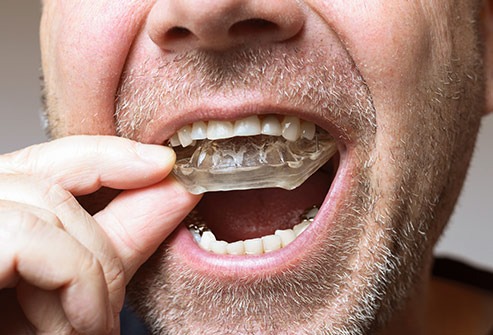 Both in the world of medicine, thanks to the gnathology, but also outside of it, there have been significant innovations concerning the bite function because it has been discovered an ever greater correlation between the teeth, namely the occlusion and the posture of the human body.

Both dentists and sport companies propose to a wide range of people these bites, telling them that it would improve their posture or their sporting performances without a valid theory behind and above all without a valid basis of testimonies of people who have actually used it and who really have benefited from the promised benefits. This bite is not able to improve the posture of the body.

Finally, it is clarity in the world of dental bite and mouthguard, so now you can understand why none of them actually centered the point, namely the real improvement of the body with the resulting improvement of sporting performances. To understand well this world, it is worth understanding how the correlation between teeth, occlusion and body posture works.

Which Mouthguard can Improve the posture of the Body?

For Starecta and all of its clients who have experienced the Rectifier, the Sophie’s choice no longer exists! The posture of the body depends on the teeth, or rather the Rectifier is working in the correlation between the skull and the mandible, which is then transmitted to the rest of the spine and the body.

Let us try to understand the kind of correlation between skull, mandible and spine. The muscle apparatus that dominates the stomatological apparatus is extremely strong because it must disregard both the role of the chewing and the skull support (the heaviest part of the body) in the top of the first cervical vertebra, which is the Atlas. This muscle apparatus makes use of the jaw as a carrier bone to operate these two operations.

During the closing phase the skull has the maximum stability and support on the dental arches when they are in contact. At this point, the skull is no longer resting on the first cervical vertebra but also on both dental arches, namely the right and the left.

So we can say that the points of stability go from one to three. Three support points are indispensable for supporting a structure that is erected upwards.

Nature and physical laws know this well and they improved this system in man. To give an example, just think of a tripod that supports a camera. Just break one of these feet and the camera will fall to the ground.

In our case, the camera is the skull while the three feet are the first cervical vertebra and the two left and right dental semi-arches on which the skull rests.

If these dental arches are not symmetrical in their upward extrusion i.e. the vertical dimension of the posterior molars will have a skull-sinking on either side or on both sides.

When the skull therefore does not find support on the molar teeth and premolars it folds and lowers with them to keep the teeth always in contact and allow maximum occlusion and chewing.

Buti f the skull is crooked on the mandibula, I will begin to press at the beginning on the cervical vertebra and then, later on, the entire spine that will begin to distort and create abnormal curves, unaesthetic and harmful to the health.

I will also start a whole series of symptoms, which will be hardly diagnosed as postural problems that arise from the craniomandibular ratio, such as neck pain, asymmetry in the muscles and strength, back pain, cervical pain, lack of force, headaches, breathing problems, tiredness, dysmorphism, kyphosis, scoliosis, lordosis, difficulty in sticking, facial asymmetry, asymmetry of the body and so on.

If you want to understand how our postural system works, I suggest you read this dedicated article or even to download the free book.

It is clear that Starecta has fully understood this system and has created a postural mouthguard that has unique characteristics on the market. This postural mouthguard, when activated, gives craniomandibular stability because it makes the occlusion contacts symmetrical, which are then transferred to all the body through swallowing.

The Rectifier is the only  Mouthguard capable of interacting with the postural system and “cure” the inevitable postural collapse for those suffering of this pathology.

The Rectifier has a triple balancing function of the skull in the space axes.

1. On the frontal level, the Rectifier postural mouthguard balances and makes the skull symmetrical on the mandibula. The Rectifier is made and wore in such a way that its activation in the mouth makes all the muscles work in symmetry. These symmetry impulses begin to change the length of the facial muscles by donating symmetry and balancing the face.

2. On the sagittal level the Rectifier postural mouthguard activates the effect of the mandibular lever, namely the mandible will act as lever and the postural mouthguard from fulcrum, thus the skull is pushed into the molar zone to the back and upward to the top to stretch the spine and to resolve postural problems as dorsal kyphosis, cervical and lumbar lordosis.

3. On the transverse level, namely our body is seen from the top, the Rectifier postural mouthguard works to dissolve the twists. We must imagine our skull as if it were to screw like a stopper of a bottle. Thanks to this mouthguard, there will be this unbearable restraint and many health issues like chronic sorrows in the cervical, shoulders, neck, back, back, magically spreading back.

What characteristics must this mouthguard have to bring these postural benefical effects on our organism?

The Rectifier mouthguard must be constructed and activated by a particular method, namely the Starecta method.

But the Mouthguard itself must have some characteristics that can activate the symmetrical occlusion signal that then transmitted to the whole body through the mouthpaw or the Mouthguard’s tightening itself.

The Rectifier has to have these characteristis:

1. It must be constructed with a certain height in the premolar and molar area. The spacing of the teeth in this area will increase the length of the mandibular lever. Higher height means greater thrust of the skull upwards therefore greater sensation of stretching and supporting the skull and the entire column.

2. Positioning of the mandible in slight protrusion during activation. The mandibular protrusion along with the height gives a greater elongation of the mandibular lever and therefore longer lever means less effort on the part of our muscles to correct the posture of the skull.

The operation of the protrusive exploits and increases the mandibular lever effect thanks to the biomechanical laws of the body. In normal ideal conditions our mouth is closed with contact teeth in a first skeletal class. If instead you create a dummy occlusion with the Rectifier and the mandible remains slightly blocked in this occlusion on the Rectifier, it can not go back in its natural position precisely because of the Rectifier.

At this point the Rectifier which rests on the teeth below, when it is in contact with the teeth above, will push the entire skull back and upward giving an immediate sensation of support to the skull and stretching the spine. There is also a feeling of strength and stability in the shoulders and arms and throughout the trunk.

3. The occlusion pits that are created during the activation phase are used to create a musculoskeletal signal on the Mouthguard Rectifier. In these pits are inserted the cusps of the upper teeth that will find a contact stable, balanced and symmetrical.

Without this neuro-musculoskeletal signal it is not possible to pass the balance to not transmit the symmetry and the upright posture from the cranio-mandibular relationship to the rest of the body and therefore improve the posture accordingly. The Rectifier is the only postural mouthguard able to improve the posture of the body.