Why does Messi always vomit before big matches? (and how to solve this problem).

Home » Blog » Correct Posture » Why does Messi always vomit before big matches? (and how to solve this problem).

Everything that FC Barcelona’s medical staff does not know yet.

It is common knowledge nowadays that Messi vomits regularly before big matches. Yet Messi has accustomed us to think that this is not a big deal and assured us that his football performances are not affected in the least. In fact he said that it has always been absolutely normal for him to throw up before important events.

Okay, we can accept that it has always been normal for Messi to throw up before big matches but the question remains the same: why does Messi vomit? Why does he even vomit in the field? What’s going on to the four times Golden Ball? Why is he having a drop in performance? Is there a connection with the vomiting issue?

Fans are increasingly concerned, the company does not provide any explanations and no doctor is able to solve this issue. Yet the problem is a serious one; we are talking about one of the most gifted and paid players of all time.

Apparently no one knows the real reason for these vomiting episodes. We all think about it like it is a common cold, but this is patently absurd: vomiting on the pitch is not normal, and that’s very dangerous.

Journalists, commentators and fans have made up their minds: “Messi’s problem must certainly be a psychological one.”

Everyone says that it is certainly a psychological problem.

After all, when you don’t know the real reason for a disease, you tend to attribute it to psychology. If you do not know what it is, then the disease must have a psychological cause!

In 2014, it is ridiculous that psychology is still considered the explanation to all unknown diseases. And, it is absurd that the fortunes of a great man and a great team are depending on such a superficial diagnosis.

The reason why Messi vomits is actually visible to everyone, but no one has ever really looked at it. Do you want to know what it is?

The reason why Messi vomits is that he is not straight! You read it right; just look at his face. Look at the following pictures and resign yourself to it. 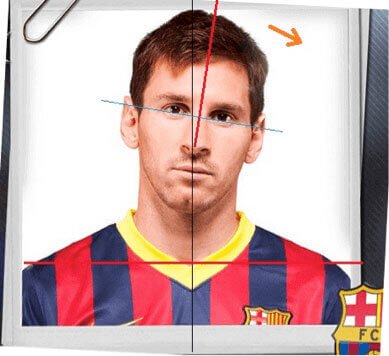 In picture no.1 you can see that Messi’s skull is literally crooked. His skull clearly falls to the left. You can notice it mainly thanks to two clues:

Then Messi’s skull tends to sunk on the left. Bingo! 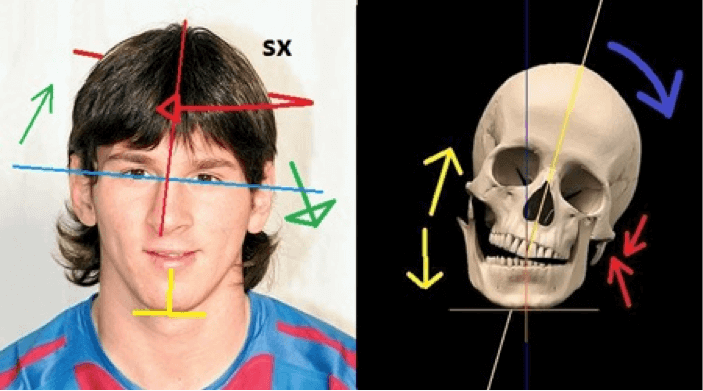 Ok, that’s easily understandable to all because pictures speak for themselves. But how is this connected to the vomiting issue?

So, we found out that Messi has a crooked body.

But what has this to do with the fact that he is vomiting on the pitch? In a twisted body all nerves, muscles and blood vessels are twisted on each other. They are not arranged in a regular way as they are in a straight body. So now, imagine that in this crooked body these powerful muscle bundles writhe around your stomach before a big match.

This happens because, during a stressful event, psychic tension affects the muscles in the body contracting them. Here’s how psychological traumas are affecting the body in terms of muscular tension.

As a matter of fact, a human body under tension shortens all his muscles. Among the muscles that are shortened there are also muscles and nerves that surround the stomach. That’s why Messi vomits, because his muscle bundles interfere with the normal functioning of his stomach.

Of course, in normal conditions, there would be no problem and emotional stress would not cause vomiting. But Messi is crooked and the disequilibrium of the skull-mandible joint in his face has an impact on the rest of the body. This means that not only the left side of his face is shorter, but the entire left side of his body also is. And guess where the stomach is located? Correct: to the left!

What we’re going to talk about here is not the usual medical prescription or the usual boring theory to definitely cure colds. We are going to introduce a revolutionary discovery that will radically change the sport performance levels of anyone who will adopt it.

Imagine someone like Messi, that is already at the top, where could he get? With this discovery Messi could take a perfect posture and finally solve his vomiting serious problem. Let’s see what it is all about.

At the beginning of this blog we said that Messi’s face left side is shorter because his teeth are not extruded enough. Here is how the skull can be brought to a straight position through the use of a “tool” that can artificially raise the left teeth. That’s how Messi’s face can get back to be perfectly symmetrical.

In simple terms, it’s like putting a book under the short leg of a tilted table. So a “tool” needs to be inserted into Messi’s mouth and applied with a particular method, so that it can bring his axis back. Once this particular “instrument” has been entered in Messi’s mouth, this change occurring in the mouth will affect the whole body.

Let’s see the path step by step in simple terms and for non-experts:

4) Messi does not vomit anymore and Barcelona wins the championship. Here are some photos that can explain this process even better:

Here are some photos that can explain this process even better: 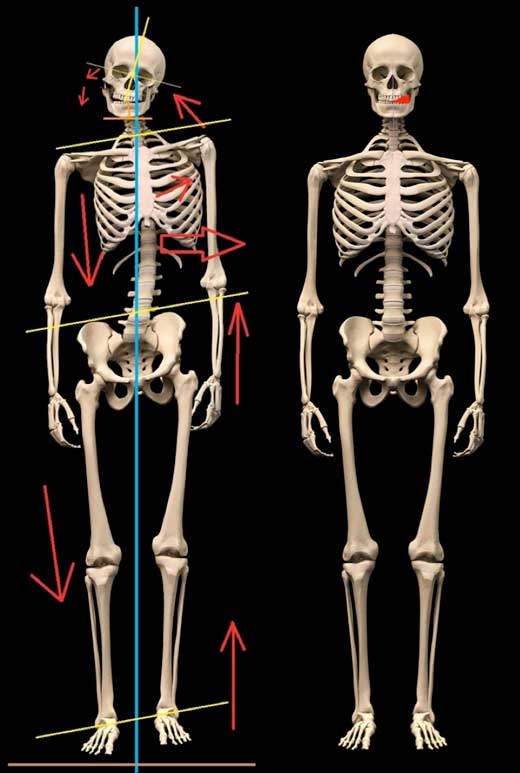 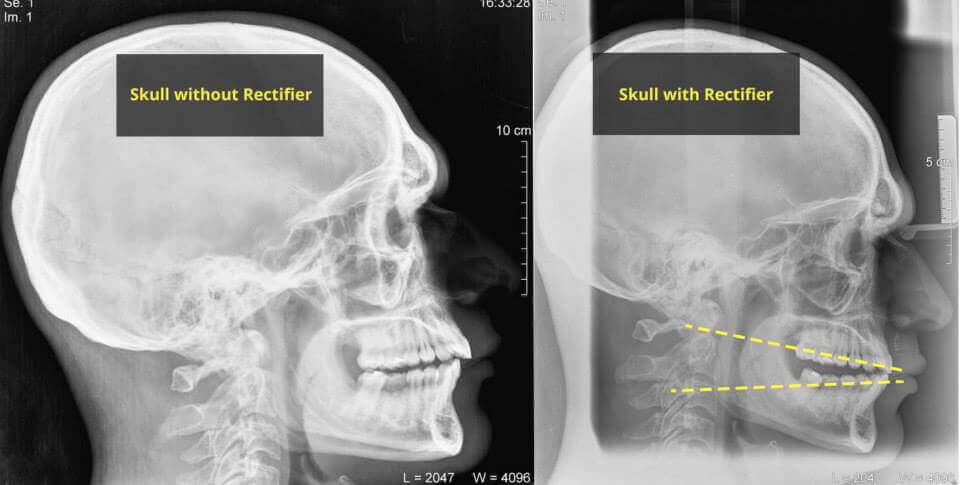 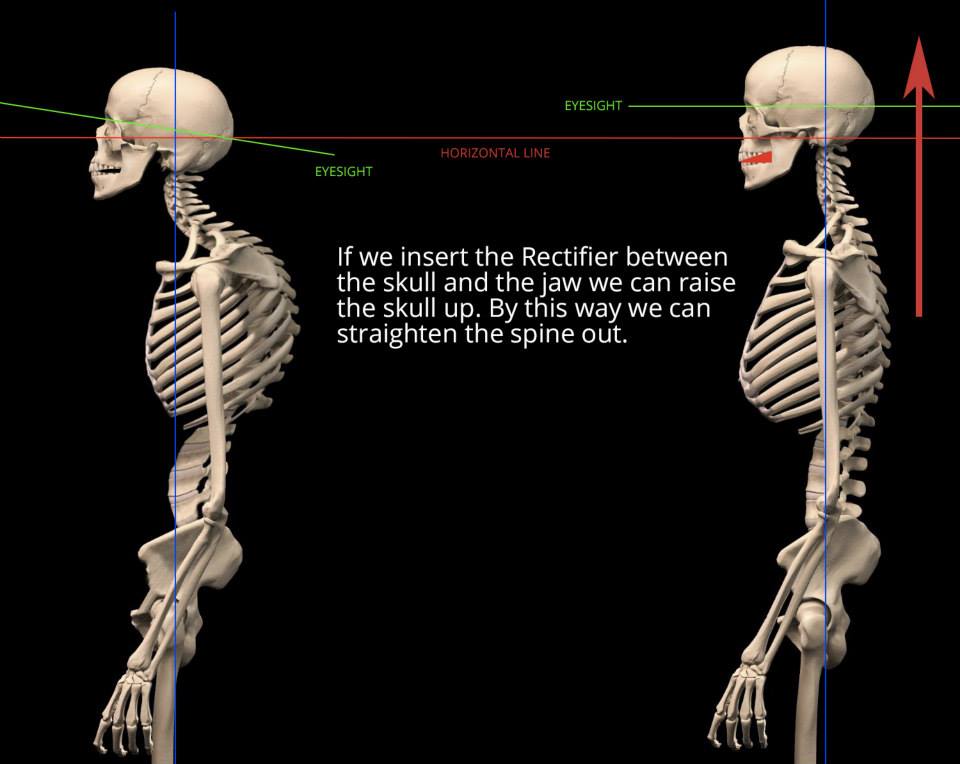