Let’s start by saying that there can be different reasons that cause dental height to sink.

In the majority of cases these problems have been there since birth and are principally ascribable to malformations of the maxillary bones (less bone thickness) and a lack of extrusion of the teeth on the soft and porous bones.

Conversely, causes not attributable to birth can be sinking of the teeth, or poor orthodontal work.

Nevertheless it must be said that also stress can become a triggering factor in the sinking of dental height due to the fact that when the body is under tension, all the muscles work that much harder.

Finally, the masseter muscles as well (the principle levator muscles of the jaw), grinding constantly, above all onto the premolars and molars, cause them to sink further, in a situation that is already precarious.

In my case the problems could be traced to birth. By the end of childhood I was a mouth-breather (I only breathed through my mouth). As the years went by, this caused me numerous problems. With time my breathing even got worse, until at the age of 18 the symptoms became severe.

Recapping the causes of the collapse of the skull:

Picture 25 shows a skull in an ideal posture, for which we have raised the dental height (in the premolar and molar areas), necessary to maintain the cranium. This image helps us to explain the sinking of the skull. 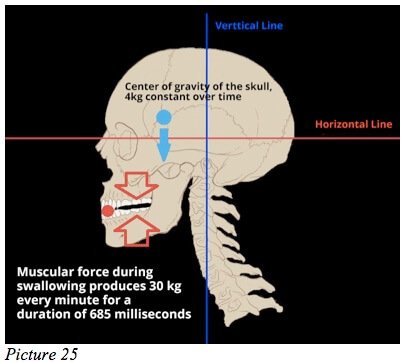 Picture 25 represents a condition that can’t be verified in reality. In fact, in the face of such a lack of dental height the skull sinks down until all free space is eliminated. Thus this picture is to be considered purely for “purposes of study” only. In other words, you will never meet anyone with free space between the teeth, at least if it hasn’t been created artificially with the Rectifier.

Postural decadence occurs when the body changes its shape due to a sinking of the skull in the premolar and molar area, as we have seen in the phases in section 4.

This area is called the fulcrum, due to the fact that the skull finds its greatest support only at this point rather than through the dental arches. The skull discharges two forces, at that point: the first is only weight, or 4 kg over a constant period of time; the second is the force exerted by the masticatory muscles during swallowing, which is 30kg for the duration of 685 milliseconds.

As a consequence the empty space is filled by the skull, which sinking down, finds a new anterior dental fit.

In a situation of this kind the muscles of the neck and the back cannot support the intense work of the force of gravity and the masseter muscles, for which reason they begin to compensate. In other words, they alter their length to adapt to the skeleton to keep it from collapsing.

The true and proper collapse takes places all of a sudden, out of sheer exhaustion. The muscles of the neck are tired of trying to keep the skull in its correct position. Thus, they let go, giving way to “postural collapse”. Collapse can be defined as the phenomenon which leads the muscles to give up after years of asymmetry, muscular compensation, and tension generated by the sinking of the skull.

In this phase (so-called “postural collapse”) the skull has already moved a great deal away from the line that passes through the center of gravity.

This means that the body has already been in a state of postural decadence for a good while. In fact, the further the skull moves away from the line that passes through the center of gravity, the harder the muscles have to work and thus, to compensate.

As the collapse increases the muscles are called upon to work ever harder, literally exponentially. During this exponential process the musculature is not capable of sustaining the increasing effort being asked of it.

As has already been written, the muscles, now overcompensating and tired, don’t resist any more and create the “postural collapse” of the musculoskeletal system. The postural collapse leads consequently to a psychophysical collapse with repercussions for the entire vegetative nervous system.

Such repercussions appear in the form of all the strong compressions generated in the bones, the cartilage, nerves, muscle fasciae, blood vessels and inner organs. In the face of such compensatory measures it is evident that this also gives rise to serious symptoms.

We have seen how the triggering of this process can be inferred from a lack of posterior vertical dental dimension in the teeth in the premolar and molar area. 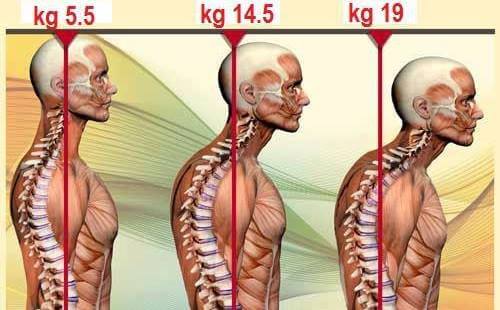 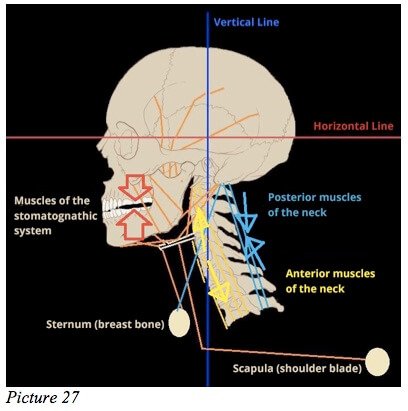 This lack of vertical dimension in the teeth causes, in the premolar and molar area, a lower pressure in the teeth of the upper dental arch to that of the lower arch.

Therefore it is of fundamental importance to measure the various pressures that arise in the teeth at the moment of occlusion.

By means of an instrument called T-Scan 3, we can measure with extreme precision at which points in the mouth these pressures arise.